Fired for Standing Up for the American Rancher

As far back as I can remember, my life has revolved around the cattle industry. I grew up on a ranch in southwest South Dakota and I now ranch with my folks in the Sandhills of Nebraska where we run a commercial red angus cow calf ranch.

I attended the University of Nebraska-Lincoln where I received my Bachelor of Science degree in Animal Science in December of 2011. Shortly after graduation I returned to the family ranch. In 2014 I took a part-time position as a field representative with Nebraska Cattlemen. In this role, I worked with local affiliates to set up meetings, encourage membership, and write monthly articles in their magazine. I was able to network with cattle producers across Nebraska and form lifelong friendships. 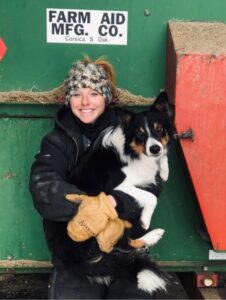 On March 23rd, I received a phone call informing me that I would be immediately terminated from this part time position. Grounds for my termination were based on a guest editorial I had submitted to the Tri-State Livestock News titled, “Bogus Brazilian Beef.” This article was published the first week of March. It highlighted the implications that Brazilian beef imports will have on American cattle producers and the threat of Foot and Mouth Disease. It also described the struggles that the American cattle producer is faced with due to packer manipulation.

My termination was a complete surprise as I was unaware and never warned that my opinion editorial writing was not acceptable. I submitted this article with the independent cattle producer in mind and had no worry that it would conflict with my part time position. Many of the facts stated in the piece represented a large portion of Nebraska Cattlemen’s members. Before this article, I had written numerous other editorials and never received negative feedback for doing so.

I have always believed it is important to speak the truth and speak it loudly. It is essential to speak it loudly when its’s on behalf of someone else. These beliefs of mine propelled me to create two Facebook posts explaining my termination. Somewhere along the line we forgot to protect our independent producers, and this unfortunate situation allowed me to speak up for those producers. 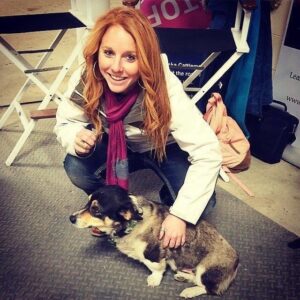 Since my termination, many cattlemen’s organizations have come forward with plans to solve industry issues that have been magnified thanks to Covid-19. I hope that these plans are carried out and changes come forth. We must make a real change while we have the public’s and lawmaker’s attention. Legislation needs to be passed to stop the cattle industry from heading down the path of vertical integration.

Covid-19 did not cause all these issues in the cattle industry, they were there before, but so many turned a blind eye to them. It has taken catastrophic losses for cattle associations to wake up and realize a change needs to be made. Producers are struggling and some will not be able to pull through these tough times. My hope is that my story will fall on enough ears and help bring forth a change that we so desperately need. Like many others, I have a legacy to fight for, and I would rather go down fighting than watch this industry slip through our hands.

Getting planters ready on the Lindskov Ranch in Isabel, SD with Agtegra Cooperative staff to hit the fields. Both planters are dialed in, placing seed at perfect depth and spacing. […]

Planting with Agtegra Cooperative continues on the Lindskov Ranch Putting soybean in, corn is developing radicle root and just starting to develop mesocotyl. Should start to to see emergence with warmer temperatures in forecast. […]

U.S. Wheat Associates President, Vince Peterson explains there is plenty of wheat supplies world wide and stock piles continue to increase, however there is an issue with supplies being cut off. […]