When you are farming, you are faced with a lot of unknowns – What will the weather be like? Will these low prices ever recover? Our corn and soybeans are planted on my Illinois farm. They are up and it is time to spray to kill weeds. We are ready. But just last week the Ninth U.S. Circuit Court ruled that herbicides whose active ingredient is dicamba cannot be used. We already paid for that weed killer. We have been using chemical Roundup for years. Suddenly out of nowhere, we were unsure about what to do. Suddenly, Monday evening this week, EPA announced farmers can still spray dicamba on our crops. The weed killer can only be used until July 31.

For the Court to throw a wrench into the works just when we needed to spray was the ultimate of inconsideration. Thank God and the EPA – we will be spraying this weed killer unless another roadblock is thrown up. If you are in the business of farming, you never know what your next challenge will be.

That is true with a lot of small family businesses you see them on television where their stores have been destroyed and looted by rioters. Who would have ever expected this? Peaceful protests are fine. I read an article about an Idaho city. Many heavily armed citizens came out to support peaceful protesters and protect local businesses and citizens against shipped in ANTIFA members, but when they saw the local defense, they did not cause any trouble. They knew that looting and destruction would not be tolerated. A local citizen, Brett Surplus drove into the city and here is what he saw-

“Wall to wall with armed citizens walking the streets and sidewalks making their powerful presence known. Good guys with guns keep bad guys with evil intent away.” I know this kind of defense could work in rural America but in our big cities – not a chance. I know that the message is out that there are some bad cops, but the vast majority are great. More than 70% of our citizens think our police do a good job. The far left are demanding that we “defund the police”. That would result in more crime.

The debate goes on. Stores are opening and the crops are in God’s hands now.

The cost of unemployment and economic hardship from the global coronavirus pandemic is no small change. We have not had to face anything like this since World War II. […]

Billie Sutton: The effect of the Corona Virus on Ranchers and the benefits of COOL

Hot Barn Report talked with rancher, banker and former state senator Billie Sutton of South Dakota on the effect of the corona virus on ranchers and the benefits of COOL. […]

Mackenzie Johnston: Fired for Standing Up for the American Rancher

I have always believed it is important to speak the truth and speak it loudly. It is essential to speak it loudly when its’s on behalf of someone else. These beliefs of mine propelled me to create two Facebook posts explaining my termination. Somewhere along the line we forgot to protect our independent producers, and this unfortunate situation allowed me to speak up for those producers. […] 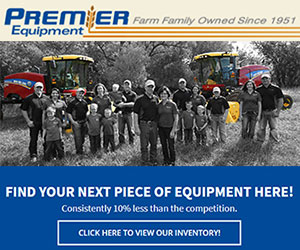